Heath Ledger is known for his role as a joker in one of the best superhero movie Batman the dark knight. It is one of the fantastic movies till today.

Heath Ledger wants to play a role of Batman in this movie but he was not selected for this role instead another talented actor plays that role.

The movie is full of Dark Humor. People who produce dark humor phrases are believed to be very intelligent certainly joker got that skill.

Heath Ledger takes his role to an extra mile on one occasion he locked himself in the room to get the feeling of how raving lunatic feel when they are alone in a room. His behavior at the film set was actually close to his acting.

He wants Bruce Wayne to hit him with the force he is ready to take actually beating from the batman. No doubt he is believed to be the greatest joker of all time. 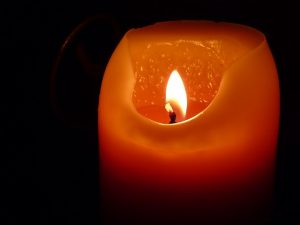 He was the first villain who won the Oscar for the negative he was that talented. His family reported that the joker role impacted his relationship with his family members.

Just before the release, unfortunately, Heath Ledger passed away it was shocking for everyone including his family members he took too many doses of pills which was prescribed to him for some reason. According to Ap report of New York Hospital, he died because of the overdose but examiner believe that he did not take the medicine for the intention of the suicide.

Negative role In the movie impact his mental health he took the character on the next level that’s why this one of the most highly rated movies after Godfather.

Adil Sharif has recently completed his education from University. He is a great blogger and has been blogging since long. His favorite niches are about Relationships, Business and, a Health.
Previous 10 Top Time management quotes that will transform your life
Next Richest Man in Babylon | Summary | how to become Rich